Read more on how a septic tank activator works and how it helps to keep your septic system in the best condition.

Septic tank activators are meant to give a septic tank a good start with the right bacteria, but also to reactivate it after for example a septic tank has been emptied. A septic tank activator consists of a large population of septic tank bacteria that stimulate the breakdown of sludge and waste. Septic Tank Activator bacteria are 100% natural. Thanks to these added bacteria, a lot of problems, such as odor nuisance and blockages, can be prevented and there will be an optimal natural water purification. With an activator, also called starter, you can boost the decomposition of sludge and waste.

How does a septic tank work?

A septic tank works by sedimentation. In the first part (the first chamber) of the septic tank, the heavier particles of waste sink to the bottom and form a layer of sludge. These particles are broken down by the bacteria in the tank. However, sometimes the bacteria have to process too much sludge, so that it is not completely broken down. Adding the extra bacteria that the septic tank activator contains helps to get this back on level. Always keep in mind that this is a natural process that is based on the working of bacteria. Never throw too much toilet paper, tissues and other toiletries in the toilet and always use a biological cleaning agent without bleach and chlorine. This kills the bacteria that help you break down the sludge. 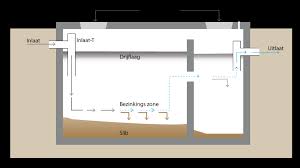 Which septic tank activators can I use?

We offer a Septic Tank Activator package; it consists of 2 bottles of Roebic Septic Tank K37 and is sufficient for a septic tank with a capacity up to 3000 litres.

How do you dose a septic tank activator?

In many cases, dosing an activator is done via the WC. When you want to dose Roebic K37 for example, you can follow the next steps:

Would you like to know more? Take a look at the movie below about the use of Roebic K37.

In many cases, dosing an activator is done via the WC. When you want to dose Bio-Septic for example, you can follow the next steps:

Would you like to know more? Take a look at the movie below about the use of Bio-Septic.

Our recommended products for your septic tank